Does Cell Phone Shielding Protect Me From EMF Radiation?

As concern grows regarding cell phone EMF radiation and electropollution, cell phone radiation shielding or products claiming to protect from electrosmog are appearing with alarming regularity. However, a lot of the products purporting to act as protection against radiation can’t or simply don’t work, and consequently, do not cure electrosensitivity and other side effects of the exposure to EMF and cell phone tower radiation.

Let’s take look at this from a “can it work” point of view, rather than a “how can I convince myself I have cell phone shielding that works and doesn’t involve me changing the way I use my phone” point of view.

Contrary to the websites of other manufacturers, this site sells effective cell phone shielding as well as many other forms of protection from EMF and cell phone tower radiation, excluding wave overriding technology products, also commonly known as anti-radiation stickers, magnets, pendants, and so on.

Why won’t you find any of these dubious offerings here? Because whilst they might disperse some heat or emit a different kind of radiation signal, offering a short-term feeling of well-being – scientifically, they cannot possibly provide protection from the high-frequency microwave radiation coming from the antenna, much less the near field EMF’s from the phone itself.

In order to protect yourself from cell phone EMF and microwave radiation, you either need to distance yourself from your phone or to put between you and your mobile phone some kind of radiation shield, which effectiveness is scientifically proven. Our Blocsock range of cell phone cases has been proved to reduce radiation by 96% – check the report by RFI, a major testing house.

But don’t forget that while you need protection both when you are using it and it is just simply turned on, the main thing is that the whole phone’s front (screen) should be shielded when using the phone against the head. Stickers, buttons, or magnets on the back of the phone are useless against the dangerous near field that the phone manufacturers themselves warn against.

If you really need to make a cell phone call try to use it on speakerphone, and don’t carry it close to your body whilst it’s switched on.

However, if you have to use it against your head or carry it on your person, then use cell phone radiation protection. Our products offer the highest possible levels of shielding against radiation so you know you’re in safe hands. 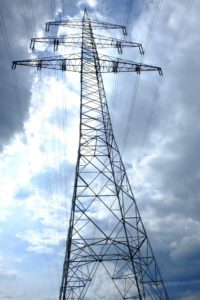 The Ultimate Guide to Buying an EMF Meter Read More » 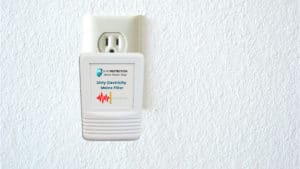 How to Minimize Dirty Electricity in Your Home Read More »