6 Things You Need To Know About Melatonin

We are constantly exposed to EMF radiation either in in the form of low fields coming from electrical appliances and home wiring, or high-frequency from wireless technology. We are doomed to live with EMFs during the day and unless we suffer from EHS (electromagnetic hypersensitivity), we can mostly get away with it. However, one of the most harmful effects on our bodies is during the night.  According to scientific research melatonin disruption can occur due to exposure to EMFs. This means that EMF radiation can strongly affect the QUALITY of your sleep, leaving you unable to face the day.  So what does melatonin have to do with not sleeping?

Here are 6 things you need to know about melatonin:

Aaron B. Lerner, an American physician, and his colleagues discovered melatonin at Yale University School of Medicine.

They gave the substance its name on the basis of its ability to lighten skin colour in frogs by reversing the skin-darkening effects of melanocyte-stimulating hormone.

2. It Is A Natural Hormone

Melatonin is a natural hormone that a tiny endocrine gland situated at the centre of the brain, secretes. It also referred to as “The Third Eye”. Found in the brains of humans and animals with vertebrates, this pineal gland releases melatonin at night time which contributes to fall asleep.

Melatonin is released typically after the sun sets, as our exposure to light is reduced (I’ll come back to this later).  Our body clock, or circadian rhythm if you want to be scientific, determines how much melatonin is released.  In the morning, levels decrease and this is what causes us to wake up, if our alarm clocks don’t get there first.

4. Our Phones Are The Enemy

Many of us have formed the habit of catching up with the day’s events on our smartphones or tablets before we go to bed.  But, what we don’t realize as we wish our auntie Janet a happy birthday or like a photo of the next-door neighbor’s cat,  is that we are confusing our brains.

People are exposing their eyes to this stream of photons that basically tells your brain to stay awake and not go to sleep yet.

The artificial light coming from our devices tricks our brain to think that it’s daylight and thus melatonin is not released. And what happens when our melatonin isn’t released? We don’t sleep. Using devices before you go to bed not only affects your sleep, it can also cause damage to your eyes. Whatsmore it can increase your risk of cancer. Therefore it is a good habit to forget about our phones at least 2 hours before bedtime. If you’re struggling to catch some Zs, or worried about your health, perhaps you should give it a go.

5. You Can Get Melatonin Supplements

Melatonin is available in supplement form and is recommended for recognized sleep disorders or people with irregular work patterns such as night shift workers.  It can also be helpful for jet lag.  But as we explained before, using technology before bed causes melatonin levels to decrease.  So doesn’t it make more sense to let our bodies release melatonin naturally?

If we use devices that lower our melatonin levels, in addition to confusing our bodies, we are also putting our health at a high risk. Why? Because immunity restoration gains more as we sleep.

6. Stress and Other Factors

Life itself can be very stressful, especially during this covid era, and worrying about little things can cause us to stress more. Cortisol, the stress hormone, does the opposite to melatonin, decreases at night and increases in the morning.  However, if you are chronically stressed, cortisol levels raise at night.  What you end up with is two opposite hormones fighting against each other for your attention, and who do you think will win? That’s right, stress.  There are several ways to reduce stress, but trying to relax and not worrying as much will be a good start!

Melatonin plays a very important role in our lives, whether we realize it or not! Most of us were born in an environment that is surrounded by low-frequency EMFs and more recently modern technology has been polluting us with high-frequency radiation. These and other stress factors are messing with our natural sleep patterns. 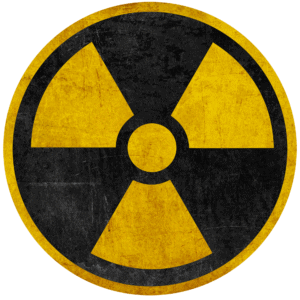 Are the Radiation Levels in Your Home Too High? Read More » 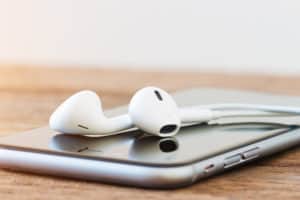 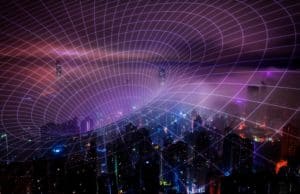